Small Of Back Springfield XD Holster, It.143

Vertical Roto-Holster For Springfield XD, It.71

Springfield XD holsters are manufactured in a variety of materials including leather, nylon, kydex and in a variety of combinations. Carrying on the strong side hip is considered to tactically be the best way to carry your handgun. Carrying strong side on the outside although is the fastest to acquire it may not be as concealable as an IWB (in the waistband) strong side carry. Other popular choices of Springfield XD holster are: shoulder holster, ankle holster, small of the back, fanny packs and other off-body carry options. It is also advied to check available holster options when you plan to purchase a new handgun. No matter what kind of Springfield XD holster you are looking for, we will help you find it in best quality and reliable price here.

The Springfield XD represents a semi-automatic, short-recoil operated pistol. The pistol is chambered for 9mm, .357 SIG, .40 S&W, .45 GAP and .45 ACP with 4" barrel length. Most of the XD models have standardly dual captive recoil springs and an ambidextrous magazine release. However few modern pistols include moreover a grip safety to not fire the gun without depressing a lever on the rear of the grip. The recoil spring guide rod also operates as a standoff device and keeps the slide in battery when pressed against an object such as some one's chest in contact-distance self-defense situations. There are more safeties on the XD pistols such as the drop safety prevents the gun from unwilling firing and an Ultra Safety Assurance™ trigger system. Standard features on all models include also a striker status indicator, a grip safety, loaded-chamber indicator, three-dot fixed sights and an accessory rail. Each XD pistol comes with two magazines, a magazine loader, a magazine pouch and a holster. The XD .45 ACP Service models are available with an optional ambidextrous frame-mounted thumb safety from 2008. The staggered-column detachable box magazines with a polymer basepad feed the XD model. All metal parts of the pistol are, after the heat treatment, finished with a nitrating process known as Tenifer Plus+. This process produces a matte-gray colored finish characterizes with an extreme wear and corrosion resistance. This kind of highly resistant chloride finishes is particularly suitable for individuals carrying the pistol concealed. The pistol includes fixed high-visibility sights of the 3-dot horizontal pattern to avoid in low-light shooting and tritium-illuminated 3-dot sights. Additionally, it features generous texturing on the front and back strap of the grip for a more positive control. The HS-9 pistol is enjoying an ever-increasing popularity world widely. 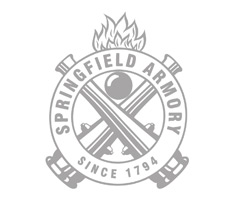 Looking for a holster for Springfield XD? We will help you how to choose the best holster for you. Directly from producer.